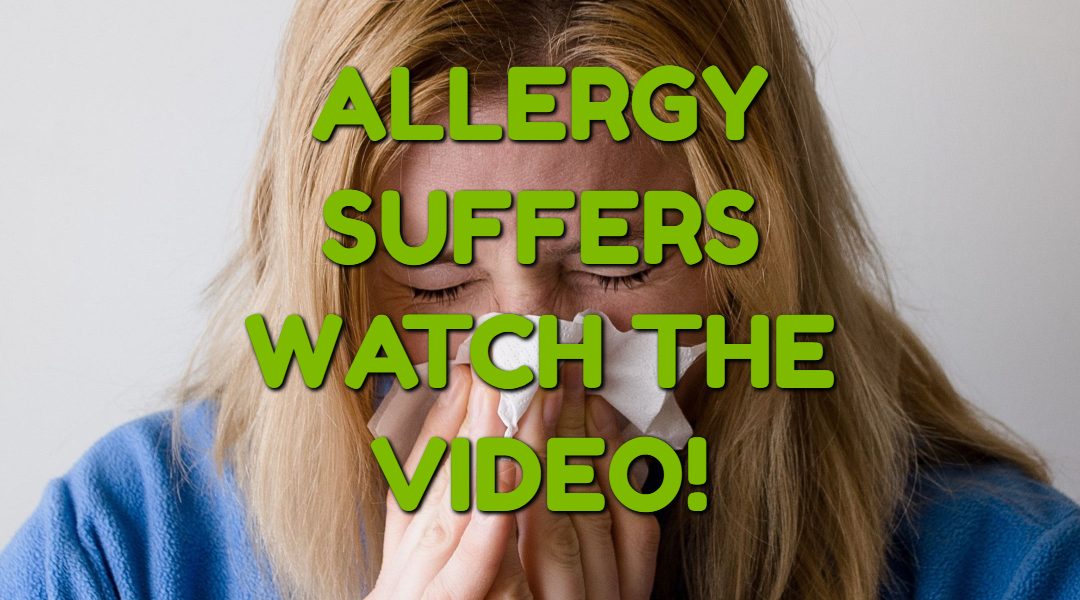 Hi, my name is Tiffany sturgeon. I’m an internal medicine and pediatrics physician here in Montrose, Colorado. So I do primary care for all ages. And I did my training in Pittsburgh, in Buffalo. My mom recently was diagnosed with a very rare disease called avian hypersensitivity pneumonitis, which is a mouthful, but it basically means that her lungs react to the protein that are in bird feathers and develop a chronic permanent scarring. So it’s sort of like the COPD that you get from smoking, but it’s from bird exposure and our family had had pet birds for years. So the bird protein was in our clothes, our homes, all of her belongings. And so we had to do research and how to dust really clean this protein and get rid of it because if we’re not ruthless in eliminating it, my mom’s lung function will continue to worsen.

And in the process we learned about a process called chlorine dioxide gassing, and I had to do some research from medical perspective to tell my mom, is this going to work? And so I’ve learned a few things. Chlorine dioxide can be in a liquid or a gas, and it’s used as an antiseptic in a lot of areas. So hospitals have been using it to keep their water system clean for you from bacteriato, and  clean the camera scopes that are used for endoscopies and colonoscopies. It’s been used by cities to keep the municipal water treatment clean. And it’s been used, uh, sometimes by farmers to help keep bacteria from living on the plants or even eggs that can carry Legionella. So it’s been explored in a lot of different ways, industrially, and it does a couple of things. One is it kills off bacteria and viruses, but the other thing it does is inactivate spores.

So spores are created, uh, by molds primarily, and it’s sort of like an inactive life form in a protective shell. And the spores are formed intentionally so that the mold can survive very unpleasant environments. So whether that’s a very acidic environment or a very cold or hot environment, it is very hard to kill off that spore because it was created to survive the things that would usually kill it. And then when it gets in a more pleasant environment, it breaks out of its shell… comes to life and the mold begins to grow again. So when you have any kind of disease bothered by mold, you can’t just kill the living mold. You have to get rid of the spores, cause they’ll just hang out and wait for their chance to grow again, and other bacteria and form spores too. But mold is the biggest issue.

The chlorine dioxide gas or liquid will kill bacteria viruses and inactivate those molds. They’re so resistant to many treatments and there’s a variety of illnesses that humans suffer for bacteria and viruses obviously. And the mold spores and mold spores can cause a lot of respiratory issues, everything from severe sinus infections to severe lung disease, to triggering asthma and allergies. The chlorine dioxide can help with all of those mold spore diseases, but it also kills off the bacteria and viruses in part because it ruins the protein that they’re made of. So in my mom’s case, she didn’t have something caused by mold or spores, and she didn’t have living bacteria and viruses, but she was reacting to the protein in those birds feathers. And this process ruins or destroys the protein, just like it destroys the spores and the bacteria. So once the chlorine dioxide has gone in and ruined that protein, her body can’t react to it anymore.

So this was a really interesting way to eliminate exposure to the thing that was making her sick. So the use of chlorine dioxide is pretty broad. It can help people whose asthma or allergies are being triggered by something perhaps in an old home, whether it’s a mold or heavy allergens, it could be cat dander or a bird protein, whatever in the environment is really causing that sickness. If it’s related to protein, spores, lifeform bacteria viruses, this will really help reduce all the exposure and eliminate that risk. And it has great potential because it, uh, a chlorine dioxide gas or a liquid that is sprayed will cover every surface.

So people with the bad asthma allergies, lung disease can finally start to stabilize and even improve, but at least prevent worsening. And you might save them from having to move to a completely new home because you’ve eliminated exposure. The chlorine dioxide gassing has a lot of medical benefits. I don’t think it’s been studied as much in the personal home medical environment because it’s been used in the industrial environment. The pharmacist studied it. The municipal water treatment places have studied it. The hospitals have studied it for antiseptic care, but now there’s companies like Ameridri that eliminates odor. And now they’re working on bringing this to individual homes who really need it. And there’s definitely some evidence to support the medical benefit.